Solar Panels: A Consideration for Daylight and Sunlight at Planning?

Solar panels have been a grey area in regard to light considerations at planning, with a general view that they ‘don’t count’. However, a 2019 court ruling now sets the precedent that they should be a material consideration in the decision whether to grant planning applications. 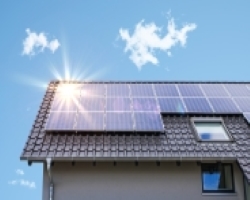 In December 2018, permission was granted for a rear extension on a domestic property in Medway, Kent, despite objections that the proposal would interfere with the light to solar panels at a neighbouring property.

The 2004 Planning and Compulsory Purchase Act sets out that the determination of a planning application ‘must be made in accordance with the local plan, unless material considerations indicate otherwise’. The local authority in this case concluded that the interference of the solar panels was of private interest and not a material consideration for planning. As there were no other issues with the application, permission was granted.

Following this action, the owner of the neighbouring property took the local authority to court for a judicial review of the permission. The court ruled in favour of the adjacent property’s solar panels and the approved permission was quashed for the neighbouring extension.

The judge referred to the National Policy Planning Framework that suggests local authorities should be mindful of mitigating and adapting to climate change. Whilst it was acknowledged that one property’s solar panels will not make a great overall contribution, it is still a small-scale renewable energy source and should be protected.

What does this mean for the future?

It follows that solar panels are likely to be considered as a material planning consideration in any future planning applications. Therefore, developers should be mindful when building tall structures where neighbouring properties have solar panels. From a daylight and sunlight perspective, it will be interesting to see what criteria emerge in respect of the impact on solar panels, as currently there are no measurements to quantify the impact to a pass/fail level.

This case sets a precedent for properties that have solar panel installations, and which may be impacted by a neighbouring development, as it provides them with a justifiable argument.  However, this consideration will have to be balanced against other material planning considerations.